Oskaloosa Area Information:
The first white settlers arrived in 1835 led by Nathan Boone, youngest son of Daniel Boone. Oskaloosa was platted in 1844 and became the county seat of Mahaska County that same year. The location was the narrowest point on the divide between the Des Moines and Skunk rivers known as the “Narrows.” The town was named after Ouscaloosa ( meaning “last of the beautiful”), the daughter of a Creek Indian Chief.

The City of Oskaloosa is a progressive city led in part by the Oskaloosa Chamber & Development Group. Many people are involved with helping sponsor the numerous events held throughout the year. Art on the Square and Friday After Five are events held in the month of June. The Art Festival, Farmers Market, and Sweet Corn Serenade are also summer favorites as is the Summer Concerts held in the bandstand on Oskaloosa’s beautiful town square. The Southern Iowa Fair is held in July and is also a favorite for young and old alike. For the race fans the Southern Iowa Speedway and the Knoxville Raceway can keep you entertained all summer long.

The George Daily Auditorium is home to some great entertainment. For the nature lovers, the Mahaska Conservation does an excellent job maintaining the parks, trails, and bike paths for your enjoyment. And in December, the Lighted Christmas Parade brings people from many area towns. Oskaloosa is a great place to live and raise a family. But don’t take our word for it, come see it for yourself. Thank you from all of us at Remax Pride. 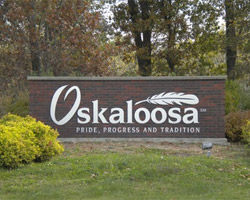 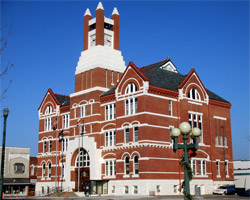